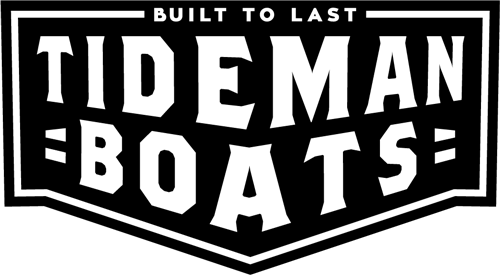 Introducing the toughest workboat on the high seas with a radical new range of HDPE boats from Tideman: innovative boat-craft is part of the family

INNOVATIVE BOAT BUILDING IS IN THE FAMILY

Tideman was the name for the man responsible for modernising shipbuilding in the Netherlands back in the mid-1850s—Dr Bruno Joannes Tideman to be precise. What better name could there be?

And if you don’t think lightning strikes in the same place twice (or in the same family), think again: the tide is turning once more in the world of boat-craft and another Bruno Tideman is at the helm—same name, same family, different century. Bruno is back, and so is the pioneering spirit of his illustrious ancestor, with an exceptionally tough workboat range that ticks all the right boxes.

It’s difficult to argue that the most important function of any aeroplane is to remain airborne and any water vessel to float; it is on this basis, therefore, that the Tideman workboat range is uniquely qualified to perform better under rigorous conditions than their counterparts, simply because they are constructed from a near indestructible, yet buoyant material—HDPE (High-density polyethylene).

Introducing HDPE into workboat engineering design is quite a radical step, but when we look closer at the concept the advantages are obvious to anyone looking for a light, manoeuvrable, yet virtually indestructible craft.

This fact coupled with a choice of model size (6, 7 or 8 metres) and propulsion (outboard, inboard, diesel, sterndrive or waterjet, single or twin) and other features, means PEpolyethylene boats are suited to a huge variety of maritime applications from crew tendering, diver support and surveying to patrolling, rescue, high-speed interception and military use.

A PE BOAT HAS SOME STAND-OUT FEATURES

RBB Tideman pe boats have some considerable advantages over RIBs, not least of which is the deck space which is up to 50% greater, because they aren’t taken up by inflatable tubes; the compartmentalised hulls are filled with PE balls for flotation instead. And because there are no inflatable tubes it is far less vulnerable.

A PE boat can be taken into shallow, rocky waters with full confidence due to its impact resistant properties—it will bounce off most obstacles and actually spring back to shape even with the roughest treatment.